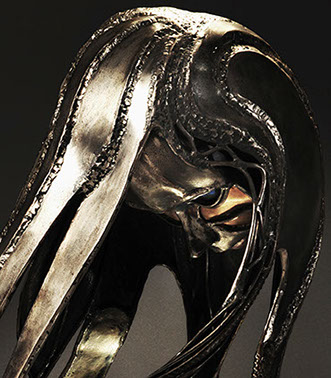 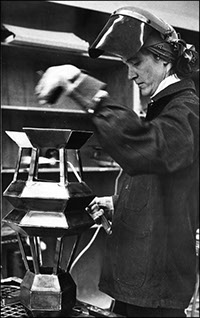 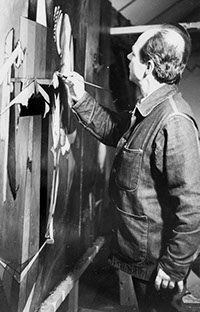 "Out of the forms of Nature my sculptures are born – Animals, Insects, Birds, Fish, Humans, Trees, Plants, Seeds, the Sun, Planets, Clouds, Fire. – When, after searching in books, in my back yard, in the woods, the river, the skies I find irresistible subject matter , I draw it until I have a more intimate acquaintance with it.  When the desired shape is arrived at, a life-size drawing of it must be made, against which the steel armature can be measured. Finally, the actual three dimensional construction begins – the transforming of hard cold steel into a living organism."

Ms.Heller graduated from Columbia University with a degree in Sculpture. She has been creating works of art for over 50 years and lives in Morrisville, Vermont.

Peter Heller was born in 1929 in Germany. His Jewish father led the family out of Berlin in

the early 1930s as Nazi Germany began to rise. They relocated to Paris, then fled again once the Nazis invaded France. They moved to the south of France, where Heller and his mother lived out the war in goat hut while his father spent time in a Nazi internment camp.

Eventually the family arrived in New York City, helped in part by a recommendation from distant

relative Albert Einstein. Peter and his wife,sculptor Alexandra met while attending Columbia University. They moved to Morrisville, Vermont in the 1960s to teach art at Johnson State College. Mr. Heller passed away in 2002.